Today’s blog entry is for those readers following the plight of the Buddhist World Peace and Health Organization and their ongoing problem with Jesuit George Belgarde, Director of the Shrine of our Lady of Martyrs.

Last evening, June 24, 2013, this writer was informed by WPHO spokesperson Jennie Wong, that a meeting was scheduled to negotiate a settlement concerning the blocking of Shrine Road leading to the Western Supreme Buddha Temple and the residence of the World Peace and Health Organization. As a witness to these incidents and a spokesperson for the WPHO, I too was to take part in the negotiation. This meeting was strongly suggested by Montgomery Supreme Court Judge Felix Catena after preliminary statements were given in a civil lawsuit filed against the Shrine’s Director and maintenance man for blocking Shrine Road.

The agreed on meeting place was the Shrine office, 136 Shrine Road, Fultonville, NY 12072 on June 25, 2013, @ 10:30AM. The six of us approached the building and were met by attorney Carmel Greco and George Belgarde.  “Only one!” shouted Belgarde as he raised his arm in what appeared to be a Nazi salute and yelled “Stop! The rest of you get off MY property!” When Yik Cheng explained to him that these members of our organization will attend the meeting, he stated “Then the meeting is cancelled” and went back in the Shrine office and slammed the door. His attorney and the Buddhists tried to reason with him to no avail.  A July 18, 2013, court date is scheduled in Montgomery County, NY Supreme Court continuing the civil lawsuit.

The Buddhists paid $595,000 to the Shrine of Our Lady of Martyrs for this property in 2006, helping to keep the financially plagued Shrine afloat. It is despicable that they are being treated so shabbily by the Shrine’s new Director George Belgarde. 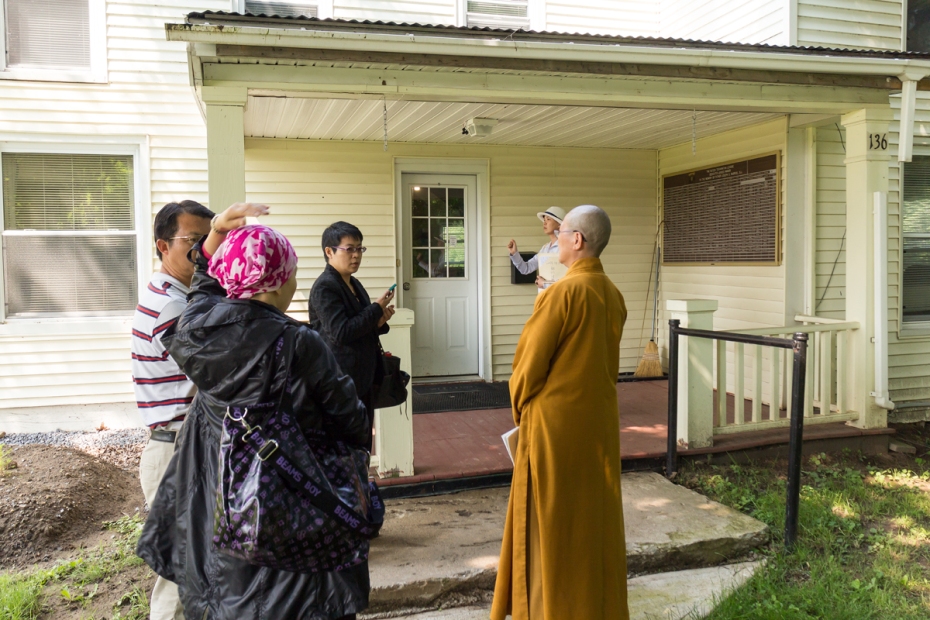