According to the Amsterdam City Charter, the Budget Review Board consists of the Mayor, five Alderman and City Controller who each have a deciding vote. The preliminary budget is supposed to be prepared by the Controller after the department heads have each submitted their proposed budget requests. March 1, 2013, is the date the working tentative budget should be presented and May 1, 2013, is the date the Budget Review Board is to adopt a final budget.

Since this writer has kept track (about five years), the budget review process has never gone smoothly. I never understood why the City of Amsterdam Controller, an elected position, had a vote on  city budget matters or the Mayor either for that matter. The legislative body of government (Alderman) was formed for that purpose while the executive (Mayor) approved or vetoed legislation.

This year’s budget negotiation is without a Controller. The City of Amsterdam’s last Controller, Ron Wierzbecki, died in December and the Common Council decided to continue without appointing an interim. Instead they chose to create a Deputy Controller, an appointed position to serve in that capacity. An experienced accountant, David Mitchell was hired to the $75,000, 6 year post. Things seem to be going smoothly since he took over the reins but I’m sure he still has some catching up to do. 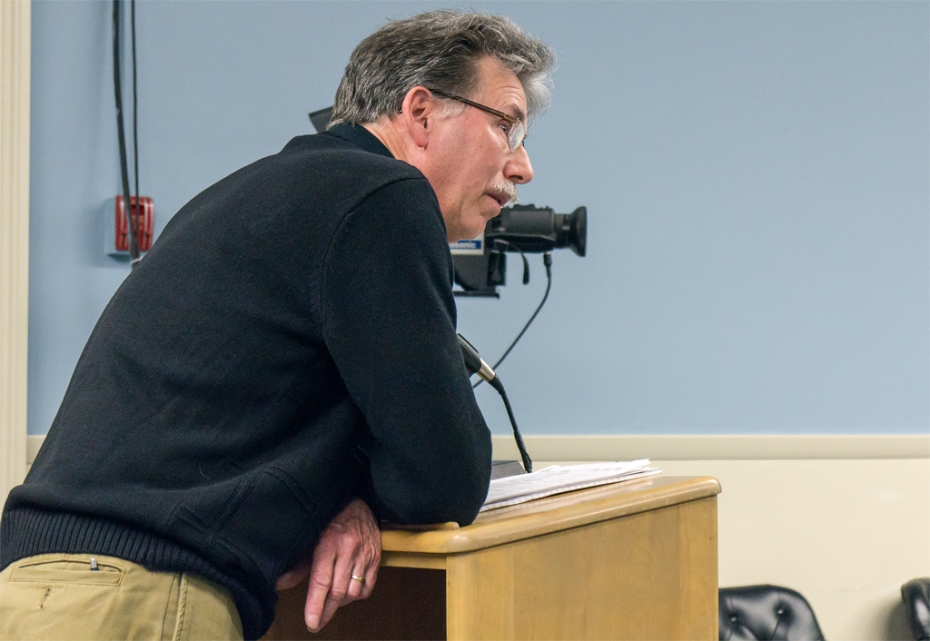 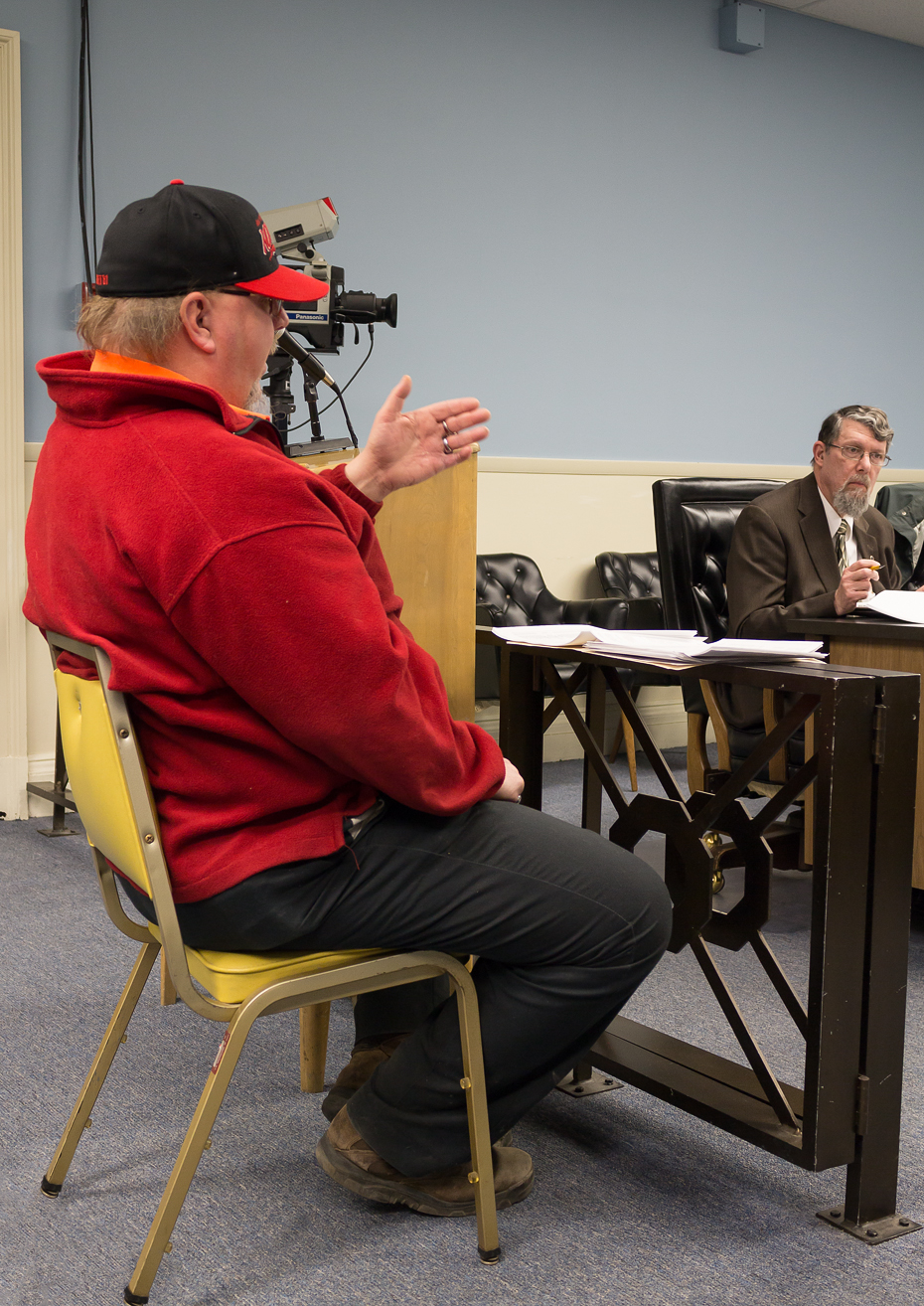 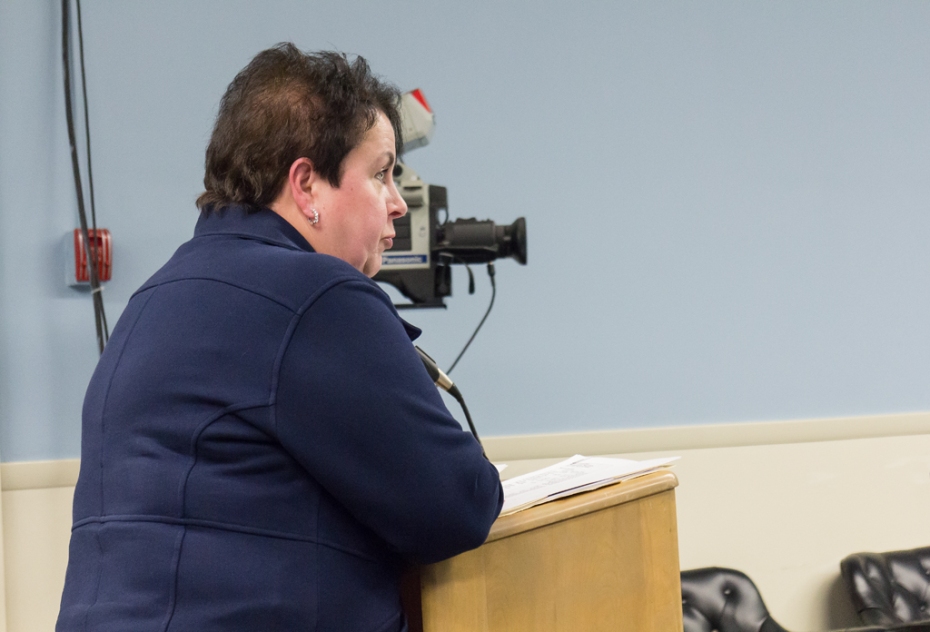 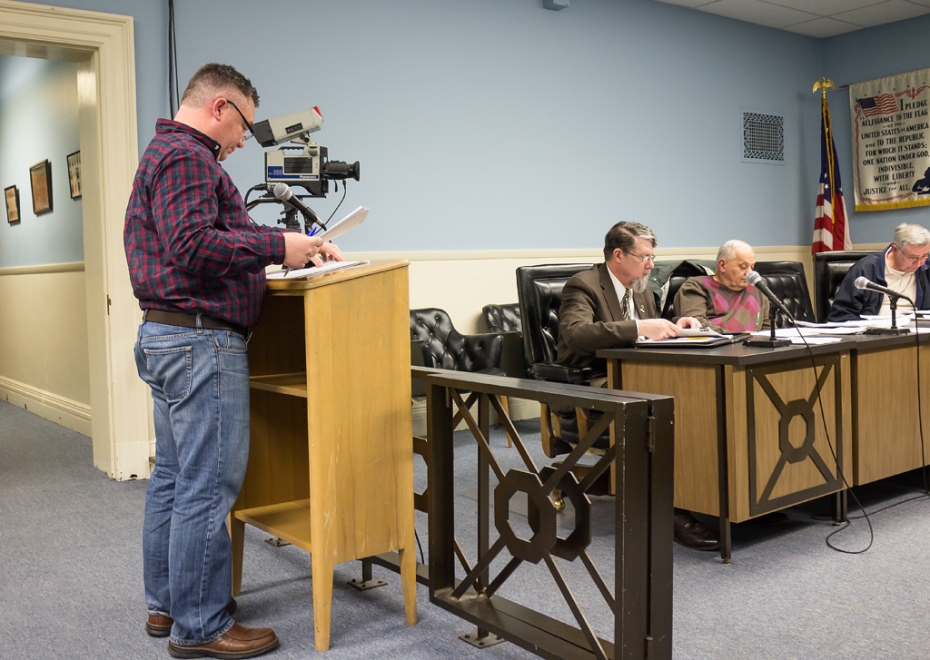 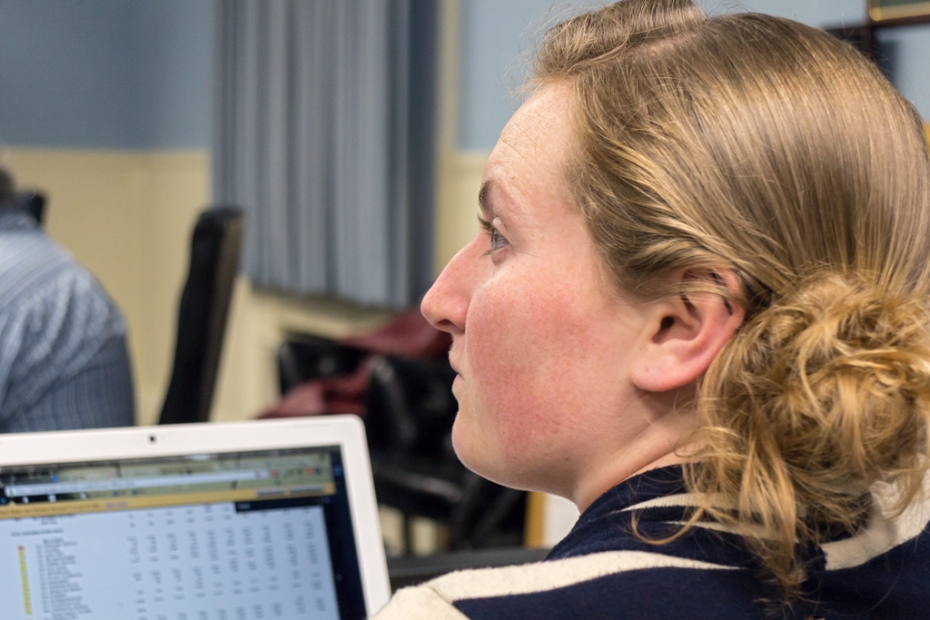 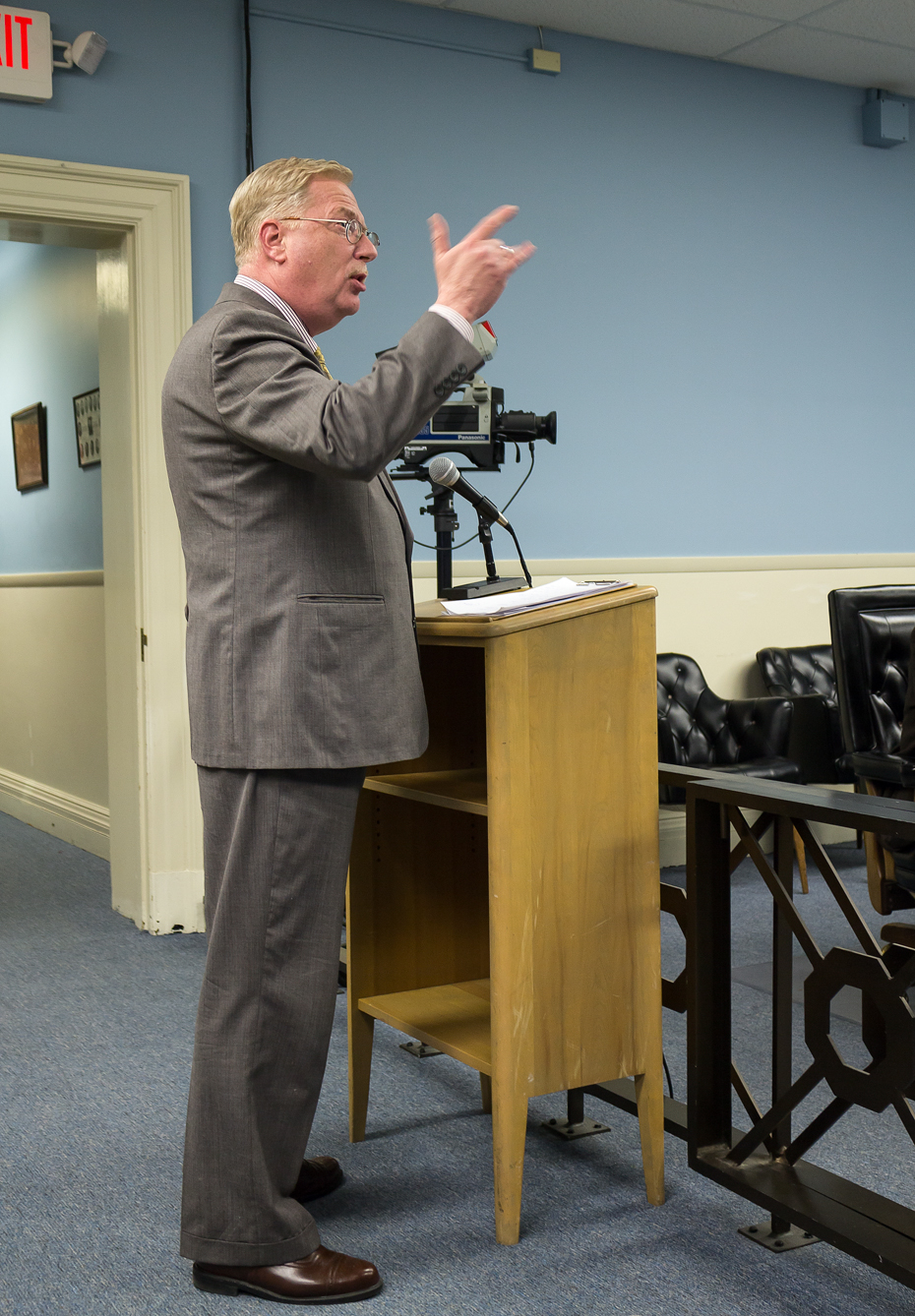 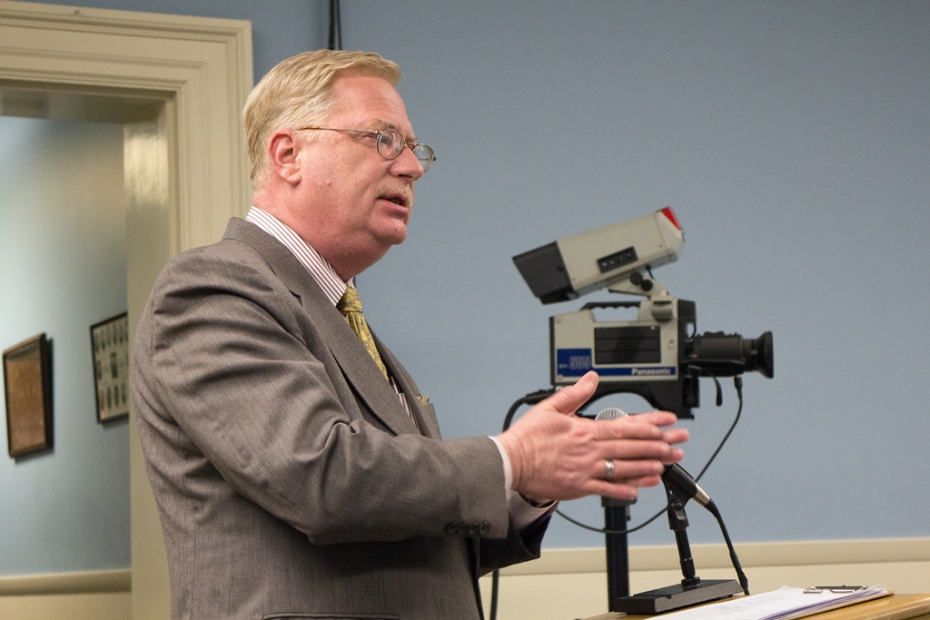 Placed in the Amsterdam Municipal Golf Course budget was a cart fee of $2.00 per cart applicable to everyone driving a cart on the course. The Review Board decided to remove that fee with Alderman Beekman stating it was unfair for those that own carts housed at the course who already pay cart storage and membership fees. There was a discussion about hiring a general manager for the course next year but that was not figured in their budget for this season.

City Engineer Richard Miller argued for increased hours for his secretary from 30 to 35 hours a week. That request was approved pending a Civil Service agreement.

DPW General Foreman Ray Halgas found a newly created supervisor position in his budget that Mayor Thane admitted she placed there. The Mayor wanted the position to keep an eye on crews and people who tend to take too long during breaks. She stated her office constantly receives calls that DPW crews are hanging out at Stewarts or other convenience stores for extended periods of time. This new employee position was voted down by the Budget Review Board.  Halgas seemed a bit uneasy about the Montgomery Otsego Schoharie Solid Waste Management agreement scheduled to end this time next year with no current negotiation pending for a replacement or new contract.  Alderman Dybas congratulated Halgas for finally getting both street sweepers working. Halgas stated a new sweeper will arrive this year, describing problems he has had maintaining the older sweepers.

Transportation Director Cheryl Scott presented her budget with an irregularity noticed in last year’s electric bill that the Deputy Controller stated he would help work out. As an aside, Alderman Isabel turned to the media table of reporters to state the Transportation Budget requires a taxpayer subsidy amounting to $326,000 per year to run. Low cost transportation is provided around the City of Amsterdam, to County Offices in Fonda, To Fulton-Montgomery Community College as well as daily trips to Albany, NY.

Recreation Director Rob Spagnola has taken on added responsibilities this year with the establishment the Beacon School Recreation Center and the Creative Connections Art Center. With help from a part-time Recreation Assistant, programming was created for both the young and old. The addition of Union College Baseball to Shuttleworth Park will bring astro turf paving. Spagnola asked for a salary increase for himself and full-time hours for his assistant stating he was the oldest tenured Director who loves his job and has never asked for a salary increase before. The Recreation budget also included a $10,000 revolving fund to help defray costs of programming, with the understanding that the money would be replenished from programming services rendered. His requests were unanimously approved by the Board.

Director of Community and Economic Development Rob von Hasseln completed his first year in the new position, giving a status report of developments. He reiterated that while still performing the City Historian job, he no longer receives the $5,000 stipend. Von Hasseln also stated that he saves the City money by not accepting the health insurance as he already has health insurance through his US Army retirement. Von Hasseln was also responsible for helping to create and sell the revolving fund for recreation services. Thanks Rob!

While this three-hour Budget Review Board meeting was only one of many, it does seem things are running better than earlier years. Only time (tax and utility bills) will tell.